Attitude has a significant impact on performance. Listen to hear how a Russian gymnast went from storming out of one Olympic event to winning gold in the next. 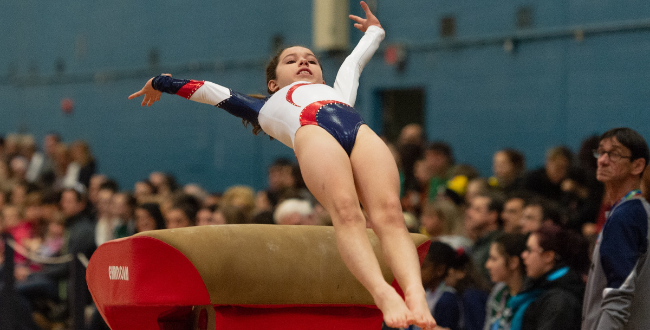 Welcome to another episode of Anecdotally Speaking! Mark is feeling a bit of pressure this week after hearing such a great story from Doug Keeley in our last episode. He shares a sports story following the actions that led Svetlana Khorkina to win a gold medal at the Sydney 2000 Olympic Games. Shawn mentions this study of professional golfers and how they react to their hole-by-hole play.

We’ve just announced a series of virtual public programs to run in July, August, and September. Whether you’re a leader, a salesperson, work with data, or in a school, we have a program for you! For more information, head to our events page. We would love to have some of our listeners along!

On the day of the overall event, when it was Khorkina’s turn on the vault, something seemed off. Khorkina was sure there was something wrong with the apparatus. She alerted officials, but they dismissed it. She went ahead with her routine.

It went well, but she fell awkwardly on dismount, losing points. Her performance made her so emotional that she botched her attempt at the following apparatus.

An Australian gymnast approached the vault and similarly thought something was awry. She had officials measure it.

The athletes were correct—the vault was the wrong height and two inches shorter than the standard. Indeed, Khorkina had not been the only gymnast to fall on dismount that day.

The officials offered every athlete another attempt at the vault, but Khorkina was furious. She stormed out of the arena and refused to attempt the vault again, finish the course, or talk to reporters.

Khorkina took the rest of the day as a personal day. She got a manicure and a haircut and visited Sydney Aquarium. At some point, she decided she would not let the day’s events bother her. She would give her next event 100 per cent.

The next day, she attended the women’s uneven bars event. The uneven bars were her favourite apparatus. Given her mood the day prior, no one expected her to do well. There were doubts that she would even show up. But she did, and she aced her routine. She received an almost perfect score and walked away with the gold medal.