What you say can have a huge impact on how people perceive you and your organisation. Listen to hear how one CEO got it wrong and cost his company millions. 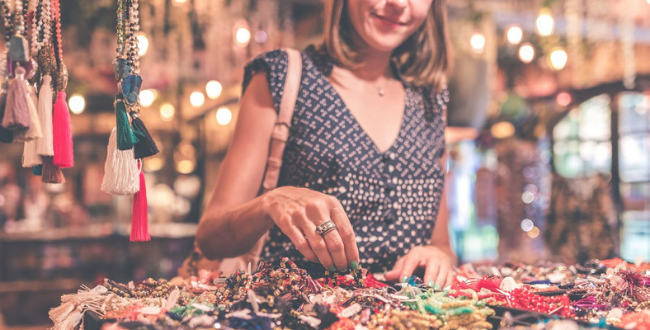 This week on Anecdotally Speaking, Shawn shares a story he first heard more than ten years ago from his friend and fellow storyteller, Victoria Ward. It follows the events leading up to Gerald Ratner’s departure from his family business, Ratners Group, and shows how quickly you can kill a brand by using the wrong words.

You can watch the speech Ratner gave, which Shawn mentions, here. And you can listen to the episode of Cautionary Tales with Tim Harford which also features this story here.

Growing up, Gerald Ratner had something of a tough childhood. He didn’t do very well at school so, at 15, his father invited him to join the family jewellery business, Ratners Group. Ratners Group had a vast network of jewellery stores across the United Kingdom and the United States.

Gerald’s first experience was behind the counter of one of the company’s flagship stores, their Oxford Street store. He kept his head down over the years until he began to notice that their stores were quite stuffy and old fashioned. Customers had to ring a bell to enter the store and were watched closely until they left. It wasn’t a comfortable customer experience.

Gerald suggested to his father that they should perhaps take steps to appeal to a larger market. His ideas eventually led him to become CEO. Over a couple of decades, he grew the business into one that sold low price jewellery to the masses and was worth close to £1 billion.

In 1991, Gerald was asked to give a speech at the Institute of Directors’ Annual Conference. The conference was held at the Royal Albert Hall in London. Many wealthy, well-to-do people attended, including some members of the royal family.

Gerald chose to do a speech he had given several times. There were a few jokes scattered throughout it to make people laugh.

He started, giving a few introductory points about his organisation. He explained that the Ratner brand was one for people who needed items they could purchase at a low price and give as a gift or wear out; that they didn’t need to worry too much about.

Then, he made a joke about a fancy sherry decanter they sold that cost only £4.95. He commented on always being asked how they sell it at that price and explained, “Because it’s total crap!” Everyone laughed and applauded.

He made another joke about how their jewellery cost less than a shrimp sandwich, and a sandwich would probably last longer too. There was more laughter. At the end of his speech, he received a standing ovation.

As he was leaving the venue, a journalist approached him. “Mr Ratner! Mr Ratner! Aren’t you making fun of your customers?” Gerald suddenly had an inkling that he might have said the wrong thing.

The next day, Gerald was in headlines being called ‘Crapner’. There was a media frenzy, reporting how he had called his products crap. The business lost £500 million within months.

Ratner Group did everything they could to stop their losses. Within a year, Ratner was fired, and the business changed its name.