During the year I graduated from college, we were in the height of a recession. It was more the rule than the exception to take the first job offered. My first offer came from a small country-western music radio station in mid-Michigan. 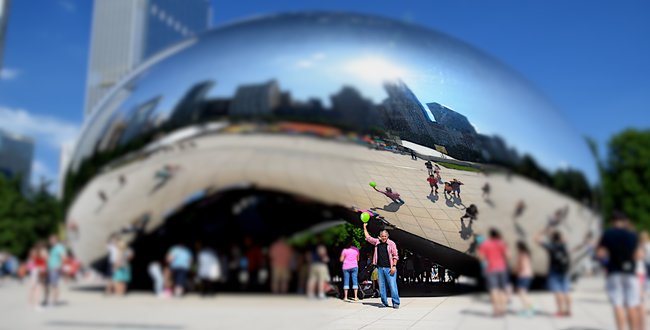 Feeling both reluctant and grateful at the same time, I took the job selling advertising time for what many in the community referred to as “the hillbilly station.” Filling the airwaves of this relatively upscale, white-collar town with songs about getting drunk, divorced or arrested didn’t help us win any rating wars. Trying to get sponsors to add our station to their advertising schedules was like convincing the Beatles to hire someone to play banjo.

While driving to an appointment one day, I heard a commercial on a competitor’s radio station for a home improvement store, the same store where weeks before I was given the “I’m not interested” heave ho.

“Heck, I’m no copywriter, but even I could write something better than that!” I thought.

Days later, I mustered up the courage to approach this home improvement store one more time. But this time, instead of delivering the usual pitch about our well-paid, 35–54-year-old, home owning audience, I was there to play a commercial I had written and produced. Before Mr. Lester, the owner had a chance to tell me he wasn’t interested again, I just pointed to my tape recorder and asked, “Can I play something for you?”

Without saying anything more than “okay, but hurry up,” we went back to Mr. Lester’s office. As he sat at his desk with his arms crossed, I played my commercial. After hearing it, he asked me to play it again.

Following a long silence, he stood up. Completely expressionless, he slowly walked over to me asking to see our price sheet. Having studied it for what seemed to be the whole month of August, he looked to me and said, “I love it!. “When can we get it on the air?”

Soon after, a friend from his Kiwanis Club called and asked if I could come up with a commercial for his business. His was just one of many referrals I started getting on a regular basis.
My little writing experiment paid off in more ways than one. I not only found a way to sell my station, but I also heard my career calling. I wanted to create advertising.

One of my first advertising agency jobs was with a relatively unknown company in Chicago. From there I moved over to N.W.Ayer, one of the largest advertising agencies in the country. I started in their Chicago office and transferred to New York before heading up N.W.Ayer-Los Angeles.

During my 30+ years in advertising, I’ve been fortunate to have worked with clients like McDonald’s, Kraft Foods, General Electric, Burger King, Arby’s, Citibank, Toshiba, just to name a few.

Today, I am the President and Founder of Story-Lab, based in Chicago, Illinois. I am also one of Anecdote’s Global Partners. As I learned during my years creating advertising, whether one is trying to educate, fundraise, recruit, build an award-winning culture or deliver a memorable presentation, there is no communication tool more powerful than storytelling.

When I’m not conducting training sessions, I’m home in Evanston, Illinois with my best friend, muse, and lovely wife (not in that order honey). Either that or I’m on a golf course somewhere.

Based in Chicago, Jim is a 30-year veteran of the advertising agency business, author of the International award winning book, 'StoryBranding' and a renowned story practitioner, keynote speaker and facilitator.