Sharing stories so they can be retold

Ever since Malcolm Gladwell’s massive hit The Tipping Point, business books have used a good dose of stories to carry the author’s message. Gladwell hit upon a simple yet effective formula: tell a story first, then draw meaning from the narrative. 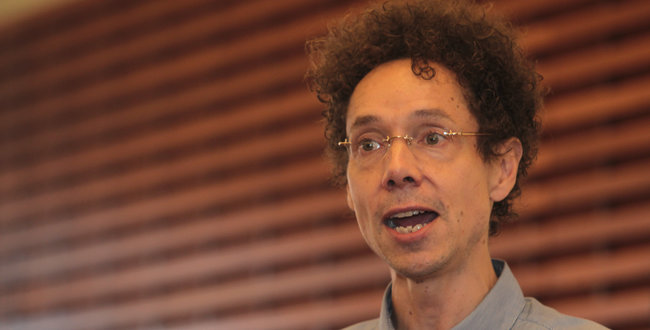 If you look at the beginning of each chapter in Tipping Point, the time marker is front and centre:

It’s clear that Gladwell’s stories are a traditional part of the long-form journalism he has honed since 1996, when he first began writing for The New Yorker. His stories are usually expansive, certainly in comparison to an oral story; they can be a few pages long. And the characters are well sketched, though not fully coloured in like you might see in a novel. They are written, as you would expect, to be read.

In writing my book Putting Stories to Work, I had a slightly different aim for the stories I included. I wanted the stories to illustrate my points and keep the book interesting, but I also wanted readers to tell them, orally. So I wrote short anecdotes that were one or two paragraphs long. Here’s an example:

The family-owned Mars, Inc. is one of the largest food businesses in the world—in 2015 it generated more than US$30 billion in revenue. The company has five core principles it holds dear, one of which is to take responsibility. A few years ago, company chairman John Mars attended a presentation at a factory in the rural Australian town of Wodonga. Part way through the session, one of the fluorescent lights above the boardroom table started to flicker annoyingly. Without a word, John stood up and left the room, returning a few minutes later with a stepladder. As the presentation continued, he climbed the ladder, removed the light, took the ladder back outside, then sat back down at the table and resumed listening to the presenter. The chairman did all that without any fanfare, but his actions spoke volumes. He demonstrated the taking of responsibility, reinforcing a key principle of the company. That story has since literally travelled the world: I heard it in a workshop I was running in New York.

I love hearing stories about leaders doing small things that make a real difference, where they model the behaviour they want their people to adopt. So whenever I got the chance, I told these small stories in my book.

The best business storytelling is conversational, where stories appear mid-conversation without fanfare – there is a non-stop flow from opinion to story, and story to opinion. With that in mind, it was important to me that the stories I told didn’t stand out from the rest of the text. I didn’t title the stories, indent them, italicise them, or in any other way say, ‘Hey, look guys! I’m telling a story!’ Just as in business you would never say, ‘I have this great story I would like to share’.

I did make one exception, something I saw in John Kotter’s The Heart of Change: a story index listing all the stories in the book. It made perfect sense to add this to Putting Stories to Work, so readers can easily relocate the stories they like.

Comments Off on Sharing stories so they can be retold