Last night I went to see The Big Short, a film about how a bunch of banking outsiders predicted the global financial crisis and made a bucketload of cash in the process. The film was based on the book of the same name by Michael Lewis. When the book was first considered for adaptation, the word around Hollywood was that it was impossible to make into a movie because there was so much technical language and so many complex financial instruments to translate to tell the story. But the complexity argument was also made about another Michael Lewis story, Moneyball, about a baseball team’s successful use of statistical analysis to recruit players, and actor-turned-producer Brad Pitt created a hit when he brought that one to the screen. Now, Pitt and his production company Plan B have done it again with The Big Short. 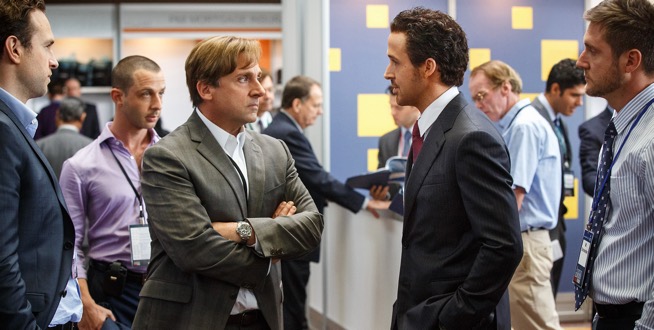 One thing that intrigued me before I saw the movie was how it was going to help the audience understand, and maintain their interest in understanding, things like mortgage bonds, credit default swaps, collateralised debt obligation (CDO) and synthetic CDOs. It turned out that the director and co-scriptwriter, Adam McKay, had adopted a cunning plan. Whenever things got too technical and laden with jargon, he cut to a scene where celebrities like the actress/singer Selena Gomez and the chef Anthony Bourdain spoke directly to the audience and explained the terminology. What was most interesting to me was how often these explanations were in the form of a story.

Here’s an example. A clip from The Big Short shows Selena Gomez and the father of behavioural economics, Richard Thaler, explaining synthetic CDOs. By this part of the movie we already know about CDOs: let’s say they are a single mortgage bond made up of thousands of individual mortgages that a bank can trade. As you can see, a direct explanation lacks impact. But have a look at the clip to see how Gomez and Thaler explain a synthetic CDO.

Did you notice that the story starts when Gomez says, ‘Let’s say I bet $10 million on a blackjack hand …’? It’s clearly the beginning of a story. But unlike most of the stories we hear, this one is happening in real time: the audience follows it as it unfolds. We also know it’s a hypothetical story, a scenario, but the film-makers make it as real-life as possible so the audience feels something, so they care.

There are three things that McKay does to make this story work. First, it is relatable. Comparing the gambling that goes on in a bank with the gambling at a blackjack table in a casino is something that most of us can understand. Even if we haven’t gambled at a casino ourselves, we recognise the scene from watching umpteen TV shows and films. Many people watching the movie, especially those in the younger demographic who might be nodding off a little at this point, would also be aware of Selena Gomez; some might even be fans. This is a deft move by the director because we are so much more comfortable with things that are familiar to us, and we are more willing to accept what we are being told if it comes from a familiar source.

That brings me to the second skilful storytelling move: using the economist and super-brain Richard Thaler to explain some of the statistics and how humans act. This lends credibility and plausibility to the story.

The last element is something common to all stories. Something needs to happen that is unanticipated, that provides an insight. That’s what makes the story interesting. So as we watch the side bets being made, we are led to believe that the 87%-safe bet is a winner: it looks like Gomez has a hot hand. But as the dealer turns over the cards, everyone suddenly realises that Gomez and Thaler have lost. We’ve just witnessed a story as a metaphor. This is what will happen to the economy when the first mortgage bond fails – all the synthetic bonds will melt away. With that story in their heads, the audience can now absorb the next batch of information from the film’s characters.

You might be wondering why the characters don’t just explain these things in the normal flow of the movie. It’s because they’re financial experts and would never need to give a novice explanation to their equally expert colleagues. It would seem out of place if they did. So the film-makers use celebrity cameos to get around that problem.

As a leader, you can learn some important lessons from all this

If you need to explain something that is complex or highly technical to an audience that might not understand it, such as your fellow executives or the board, then tell them a hypothetical story based on something they do understand, something that’s relatable.

And pick someone to deliver the message who is familiar to the audience, someone who is like them and also has credibility. If these traits do not apply to just one person, use two people. Relatability, familiarity and plausibility are the characteristics you need to deliver an effective presentation, one the audience understands and where there is a good chance they will act on your advice. 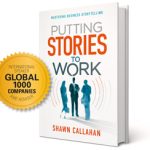