Moving tourism from experience to stories

They say that great tourism is all about experiences, that this is where the big opportunities lie. We are told – and I think it’s true – that travellers have progressed from happy snappers to experience seekers. But while we do judge the success of a trip by our memories of it, the simple fact is that we do not remember most of the experiences we have. 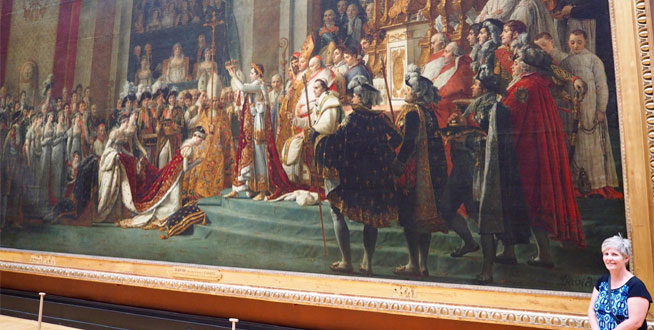 So how do we enhance these memories? One way is to help travellers form and then tell stories about their experiences. Stories give experiences a fighting chance of survival. With each retelling of an experience, it is relived, enjoyed (ironically, even if it was a negative experience) and, importantly for marketing, heard by other potential travellers.

Tourism businesses can definitely increase the chances of stories being told. Perhaps surprisingly, small things can make a big difference.

My wife and I recently walked 115 kilometres of the Camino pilgrimage trail from Sarria to Santiago in the north of Spain. We’d pre-booked our accommodation along the trail, and as a result, each night we would have dinner in a hotel restaurant. We would inevitably eat alone at our own table, as would five or six other couples. This meant that while there was a background hum of gentle conversation, few stories were told about that day’s activities because each couple had shared the experience.

A simple and effective change would have been for the hotels to provide a communal table for Camino walkers. Fellow pilgrims would have had plenty to discuss with each other, and the stories would have instantly flowed. This would have benefited the storytellers as much as their audiences. When someone tells a story for the first time, they have an opportunity to make sense of an experience – it becomes more meaningful to them. A small change in the physical layout of a restaurant would have made all the difference.

Another important consideration is that as an experience unfolds, an emotion is evoked. We feel at least six basic emotions: happiness, sadness, fear, anger, surprise and disgust. In terms of a story-creation strategy, you probably want to steer away from sadness, fear, anger and disgust, and instead focus on experiences that evoke happiness and surprise. Again, it’s the small things that can make a difference. Here is another example from my recent trip to Europe.

My wife and I took a private tour of The Louvre in Paris. Our guide, Isabelle, said she planned to show us some special exhibits rather than overwhelm us with the museum’s full treasure trove. When we arrived at the Mona Lisa, Isabelle steered us past the gaggle of people crowding around the portrait until we were about 15 metres to one side of the painting.

‘Which way is the Mona Lisa facing?’ she asked us. We replied that she was clearly facing towards us, her chin pointing in our direction. ‘OK,’ said Isabelle, ‘now come with me’. We followed her to the other side of the gallery, where she asked us, ‘Which way is she facing now?’

We couldn’t believe what we were seeing. It was as if the Mona Lisa had turned her neck – not just her eyes – and was still facing us.

This was a surprising, exhilarating experience, one that I have related many times. I don’t think I will ever forget it. Our guide had created a truly story-worthy experience.

When we went on tours during our trip, I was very mindful of whether the guides told stories. Most didn’t. Instead, they plied us with fact after fact. The experience became a chore and was mostly forgettable. Our guide at The Louvre was an exception. She told terrific stories.

I remember standing in front of a monumental painting of Napoleon Bonaparte being crowned emperor of France by Pope Pius VII. Emma told us that what had really happened on that day was that, just as the Pope had been about to place the crown on the new emperor’s head, Napoleon had snatched it away and crowned himself.

This was faithfully depicted by the painter Jacques-Louis David, who loved the drama. But when Napoleon saw the painting, he understood that it would cause a PR nightmare, and so he demanded that the artist paint over his work to show the Pope doing the crowning. Emma told us to take a good look at David’s painting. As we moved closer, we began to see the old image under the newer one, age starting to reveal it. It was as if we had been let in on a secret.

There are many such ways in which you can help your clients find and tell their stories, and we will explore these at the Vic Tourism Conference. Businesses that move tourism beyond experience to stories will differentiate themselves and will be sought out by the many people who hear the stories. And as we know, word of mouth is the most powerful form of marketing we can wish for.

Isabelle is a guide at Paris Walks.

Comments Off on Moving tourism from experience to stories