Discovering your strategy with a business strategy story 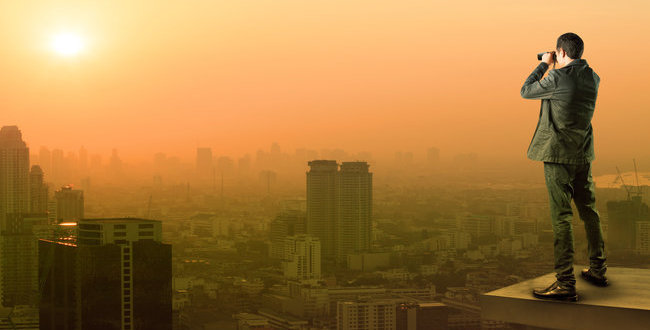 Companies often mistake planning for strategy. This seems to be particularly true of large organisations.

A few years back, we got a call from a large company headquartered in the Netherlands. Their head of strategy felt that their people didn’t understand the company strategy – a common concern across most big businesses. The strategy group consisted of 20 people, which is a lot by any measure. When I asked them to describe their strategy, they could spell out initiatives but were unable to put their fingers on the strategic choices the business had made to win.

In his seminal book on strategy, Richard Rumelt makes it clear that unclear choices make bad strategy: ‘Strategy involves focus and, therefore, choice. And choice means setting aside some goals in favor of others’.* The 20 people in the strategy group were planners. There was a portfolio of things to do, goals to reach, stretch targets to make, but as Rumelt says, when the hard work of making clear choices isn’t done, ‘weak, amorphous strategy is the result’.

Choices are the grist of strategy stories. When the leaders in a business decide to offshore certain services rather than keep them in-house, they have made a choice. The strategy story can help them explain why that choice has been made.

Because companies don’t always make clear choices, it’s often necessary to first get everyone on the same page when it comes to strategy. We’ve found that working with an executive team to craft their strategy story helps their choices to emerge and then clarifies them, so that everyone around the table not only understands what choices were made, but also why they were made. Most importantly, after working on the telling of that story, they will be able to relate it to anyone face-to-face, without a PowerPoint crutch.

The benefits of the business strategy story

There are two advantages of doing this exercise as a team. First, the group co-creates the strategy story and therefore each person takes away a strongly similar meaning (it would be hard to claim they can all take away an identical meaning, as each individual’s background influences their understanding). I can’t underscore the importance of this process and the role the narrative plays in it. Here is an example of what can happen in the absence of a shared strategy story.

My business partner, Mark, was coaching the CEO of a global primary resources company. The CEO told Mark that two of his country heads were hurling abuse at each other because they found themselves at loggerheads over the company strategy. They both claimed they understood the strategy and were acting in line with it, yet they each had a different interpretation of it.

It turned out that this company had undertaken what many organisations believe is a clear and succinct way to convey strategy: the plan on a page (POAP), which typically includes the purpose, mission, goals, strategic themes, values and perhaps some big initiatives. But the problem with the POAP is that it lacks meaning. There’s no story that glues things together. And more often than not, the strategic themes in a POAP are not choices, they’re focus areas. In the worst cases, they just represent each part of the business, so that everyone in the company feels included in the strategy. The result? A ‘weak, amorphous strategy’.

The second benefit of a team approach to developing a strategy story is that each person walks away owning the story. There are always many possible stories that could be told to explain a strategy. The job of the executive team is to choose the through-lines that reflect an authentic and compelling telling of the strategy story, something that is meaningful to all of them. Then, when the story has been completed, they all have a narrative that makes sense to them. They have imbued it with their own experiences and it accords with what they know.

This shared meaning becomes the foundation for a strategy story to be told more widely across the business.

Employees can only act strategically if they really know the company’s strategy. Craft and embed your strategy story so that everyone’s on the same page. Learn how Anecdote can help you do this