How can we help people to reconnect?

Are you performing in the wrong play?

Every human being has the desire to be part of a community. We all know the feeling – the longing to be included in a group, how nice that feels. It’s like how a warm bath makes you feel safe and right at home. But we all also know the feeling of exclusion, of being in a place where we don’t feel at home, where we feel separate and alone. It’s as if you are playing a familiar part (being yourself) and suddenly realise you are performing in the wrong play. It can make you feel very uncomfortable and unsafe. 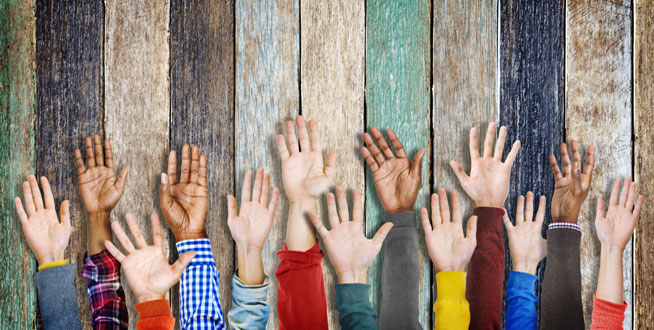 What can we do when we see something like this happen to someone? How can we make a person who feels uncomfortable and alone instead feel at home and welcome? Last month, during a holiday in France, I had an experience that reminded me just how easy it is to help people to reconnect.

Should you join in or not?

I was in the northern city of Vézelay, a stop on one of the pilgrimage routes to the Spanish town of Santiago de Compostela. It is a popular place, very touristy, and the absolute high point of a visit is the Cathedral of Marie-Madeleine. As I was walking around enjoying the atmosphere and beauty of the cathedral, I came across a small, peaceful chapel. I peered through its glass doors and saw that it had a few chairs, a simple altar, and a Christ icon affixed to the wall. A sign near the entrance announced that a mass would soon be held there, and I decided to take in the service.

Returning to the chapel about 15 minutes before the mass was due to start, I found, to my surprise, that it was already underway. Again looking through the doors, I saw a group of about 30 to 40 people sitting inside, listening to a lady who was singing a song while playing a guitar. I wanted to join them, but I was reluctant to open the door because it might disturb the ceremony. However, just then, two people walked up and went straight in, so I simply followed them.

Are you really an outsider?

I found a place to sit on one side of the chapel, a little bit apart from the other people, and settled down to enjoy the beautiful music and relaxing atmosphere. After a while, a priest began to speak, and that’s when I realised that the mass was being conducted in Spanish. In fact, it was being attended by a Spanish-speaking audience who seemed familiar with one another.

I started to feel uncomfortable. This was obviously not a public gathering but a private meeting. I wasn’t really supposed to be there. On top of that, I became aware that my dress was not appropriate. While the other people were dressed semi-formally, I wore shorts, a T-shirt and a cap. It made me feel very much like an outsider, a voyeur. However, since I was already there, I decided to make the most of it – I don’t speak Spanish, but I was raised as a Catholic and I understand the rituals. So I stayed in the room.

A warm acknowledgement and a big smile

At one point, people started to shake hands and hug each other. I felt exposed, standing there all alone to one side. But then a couple of people approached me, smiling and wishing me peace. And then the priest, who was standing at the altar, looked right into my eyes and smiled a big smile, giving me a virtual handshake and reassuring me from across the room. I was very touched by this warm welcome – it was a beautiful experience. From that moment on, I was completely at ease.

Ronald is a leader in the field of organisational change. He is based in the Netherlands and uses stories to help leaders cut through all the noise that happens in any change initiative. Find out about upcoming Netherlands Storytelling for Leaders workshops here.

Comments Off on How can we help people to reconnect?