Implementing your change ideas with stories

Anjali Sharma is the Managing Director of Narrative: The Business of Stories and an Anecdote Partner for the Storytelling for Leaders Program in Singapore and Malaysia.

Adam works as a corporate communications head in a hospital. He is just about to announce a new initiative to the entire hospital: the formation of a Pediatric Rapid Response Team.

In the usual hospital setting, the provision of escalating care for a deteriorating young patient is mostly a hierarchical procedure. Nurses inform the ward doctors who review the patient, then a more senior doctor may make an assessment, and finally the patient may, if necessary, be transferred to intensive care. This all takes time, which is a critical factor when a child’s health is failing. The Pediatric Rapid Response initiative is a process whereupon noticing the first signs of deterioration in a sick child, any hospital staff member or particularly a parent (who may know that something is wrong, even if they don’t know exactly what) is able to immediately inform a specialist team of doctors and nurses, who will promptly arrive at the ward and give the patient instant attention. 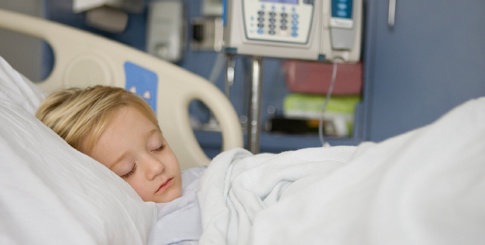 Adam’s desired outcome of the presentation is that everyone approves of the initiative and works towards making it successful. But Adam probably won’t get the support he is looking for if he simply announces the change. That’s because he is asking people to stop doing something they know how to do and which they trust, and start doing something new and untested. Their worries might include:

‘Why change something that’s working OK?’

‘The Rapid Response Team will take over my patient and I will lose control over their care.’

‘Parents and other relatives will be able to circumvent my authority. They may misuse the ability to call in another team.’

I suggest that Adam takes the following three steps to successfully introduce the change.

STEP 1: Tell a Failure Story to get the audience’s attention

Adam’s need is to stimulate a desire for action, but if he doesn’t have the audience’s attention, his presentation will fall on deaf ears. A useful way of getting this attention is to tell a Failure Story, a story that rivets the audience and kills that little voice in their heads that says things like: ‘I have emails building up’ or ‘I have to get to my next clinic’ or ‘This is just more administrative nonsense and I need to get out of here’.

The Failure Story could be this:

A fourteen-month-old girl was admitted to an emergency department with a high fever and severe stomach pain, and after giving her some medication, the doctors decided to keep her in the hospital overnight for observation. At 4 a.m. in the morning, a nurse summoned the ward doctor to check the girl, whose condition had deteriorated. After a lengthy examination, the doctor remained concerned by the patient’s worsening health, and she contacted another doctor with more seniority to make a further assessment. By the time this had been done and a decision had been made to transfer the girl to intensive care, the patient had fallen unconscious and there was great concern for her welfare. The chances of a full recovery were lessened by the amount of time that had passed since the girl’s health had begun to decline.

This is the most crucial step of your presentation, the one that sparks the desire to change. Share a Success Story about an individual who has benefited from the Pediatric Rapid Response initiative.

The Success Story in Adam’s case could be this:

A sixteen-month-old boy was admitted to an emergency department with breathing problems. The doctors advised that the boy be kept in the hospital for monitoring. Overnight, the patient’s health started deteriorating. His heart and respiratory rates were very high. At 4 a.m. in the morning – a period when typically there are few staff, all tired and overworked, and the risk of something going wrong increases – the boy’s mother alerted a nurse. Instead of the usual process of escalating care, the Pediatric Rapid Response Team was called in. An immediate decision was made to take the boy to the intensive care unit, where he was stabilised. The swift action taken saved him – if staff had followed the same old protocol, the boy likely would not have made it.

In following Steps 1 and 2, Adam has firstly captured the attention of his audience and then shown them the positive benefits of change. What is most important regarding these steps is that Adam issues his audience with an invitation to imagine and avoids making conclusions on their behalf. It’s up to the audience to make the final decision to act.

Now motivating people to want to change is important, but it’s not enough. The desire to change may wear off unless the change idea is reinforced with facts.

In Adam’s case, this would be a strong fact:

North Carolina Children’s Hospital reported 2012 as a cardiac arrest–free year due to the efforts of their Rapid Response Team. 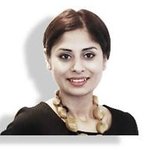 Anjali Sharma is the Managing Director of Narrative: The Business of Stories and an Anecdote Partner for the Storytelling for Leaders Program in Singapore and Malaysia.