The world is flat

The opening paragraph of Tom Friedman‘s 2005 book ‘The World is Flat‘ is:

No one ever gave me directions like this on a golf course before: “Aim at either Microsoft or IBM.” I was standing on the first tee at the KGA Golf Club in downtown Bangalore, in Southern India, when my playing partner pointed at two shiny glass-and-steel buildings off in the distance, just behind the first green. The Goldman Sachs building wasn’t done yet; otherwise he could have pointed that out as well and made a threesome. HP and Texas Instruments had their offices on the back nine, along the tenth hole. That wasn’t all. The tee markers were from Epson, the printer company, and one of our caddies was wearing a hat from 3M. Outside, some of the traffic signs were also sponsored by Texas Instruments, and the Pizza Hut billboard on the way over showed a steaming pizza, under the headline “Gigabites of Taste!”

Last Tuesday, I was delivering a Storytelling for Leaders™ workshop with Rajeev Mandloi, one of our India partners, and one of the participants pointed out we were in the Microsoft building Friedman referred to. I couldn’t resist, and went across to the KGA club, and after some wrangling with security, managed to get the photo below, taken from the first tee. 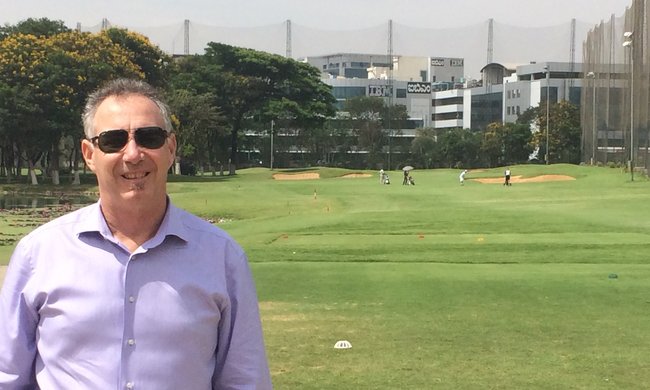 Almost 10 years later the Goldman Sachs building is obscured by many other buildings housing a plethora of multinational companies. The Embassy Golf Links Business Park is a maze of buildings and activity. Yet India remains an enigma… on the highway nearby two cows have right of way and make the most of it. 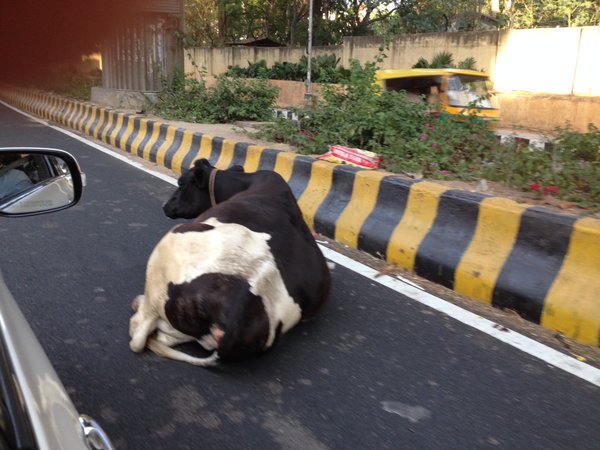