No matter how unlikely an event seems, it pays to prepare. Listen to hear the inspiring but tragic story of Rick Rescorla, whose meticulous planning saved almost 3,000 people on 9/11. 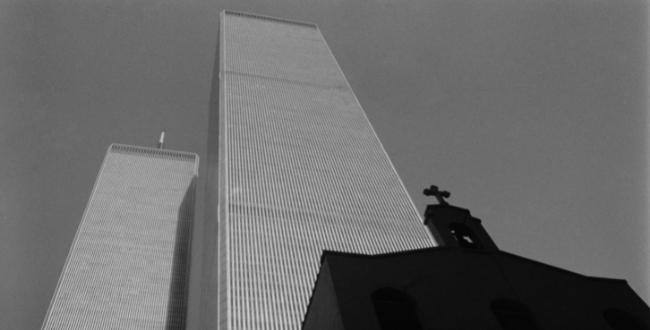 This week, Mike Adams joins Mark on the podcast, while Shawn has a few days off. Mike shares Rick Rescorla’s heroic 9/11 story.

Saturday marked 20 years since the devastating 9/11 attacks. We had a different episode planned for you today, but Mike shared this story in our weekly team meeting on Friday morning. We quickly decided to record another episode, given the story is topical, touching, and impactful.

To watch a video of Mike telling this story, click here.

The movie mentioned is We Were Soldiers.

Tigger warning: this episode covers issues relating to 9/11. If you choose to skip this one, we look forward to having you back next week.

In 2001, Rick Rescorla was Head of Security at Morgan Stanley. The company occupied 22 floors of the Twin Towers’ South Tower, the highest of which was the 72nd floor.

Rick was a Vietnam veteran. Due to his past experiences, he wholeheartedly believed in preparation. He took his role very seriously and knew the Twin Towers could be a terrorist target.

So Rick had set evacuation training in place for everyone. It was very unpopular—no one enjoyed practising going from the 72nd floor to the bottom. And he implemented rigorous visitor checks, which were designed to ensure they knew where visitors were so that they could evacuate them if necessary.

At 8:46am on September 11, a plane hit the North Tower. Rick’s team monitored the New York Port Authority. They had sent through a message saying that everyone in the South Tower should stay at their desks.

But Rick said something to the effect of, “Nah, we’re out of here. We’re leaving,” and arranged for Morgan Stanley’s evacuation. He had fire wardens positioned on every floor, so he contacted them and instructed them to begin an evacuation.

At 9:03am, they were halfway down the tower when a second plane hit it. The lights went out, debris fell down the stairwells, and people started to panic.

But Rick had trained his fire wardens for this scenario. They started singing songs to encourage everyone to calm down.

By 9:45am, they had reached the bottom of the building. Rick and his team did a headcount and discovered about 20 people were missing. He and several fire wardens reentered the building to find them.

Rick was last seen at about the 10th floor, still on his way up the tower.

He and those fire wardens never made it out of the tower, but 2,687 Morgan Stanley employees and their 250 or so visitors survived. Rick had prepared. He had known what to do and had ensured he had people around him who also knew what to do. And his plan succeeded.