122 – Grumpy maestros and all that jazz

Imperfect conditions don’t equate to imperfect performance. Listen to hear how a solo jazz pianist made the most of what he had and recorded the best selling solo piano album of all time. 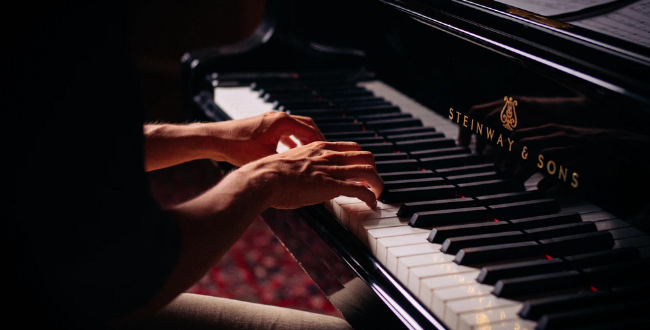 This week, another special guest, Rob Grundel, joins Shawn and Mark on the podcast! Rob has just joined the Anecdote team, and we recorded this episode on his third day with us!

Shawn and Mark mention our upcoming virtual Story-Powered Data and Storytelling for Leaders programs. For more information and to register, visit our events page.

In 1975, Vera Brandes, a 17-year-old jazz fan, invited Keith Jarrett, an American Jazz pianist, to play at the opera house in Cologne. He accepted and specified that he would need a Bösendorfer grand piano—a specific piano with a unique character.

Keith and his work were hugely popular. He was already considered one of the best solo jazz pianists of all time. He was also a notorious perfectionist, known to give his audience cough lollies before starting so there wouldn’t be any coughing. And if someone did cough, he would sometimes stop the concert.

On the day of his Cologne performance, Keith drove the four-hour distance from Zurich to Cologne. He arrived with back pain but entered the opera house, keen to see the piano. What he found was a Bösendorfer, but not a Bösendorfer grand piano. It was a much smaller, baby grand piano. It was in poor shape and out of tune, having been used for lots of opera rehearsals.

Keith was livid. “You brought me all the way here for this? I’m not going to play this piano,” he remarked, “I’m going back to my hotel. My back is in agony.”

So he went outside, into the rain, and got in his car. Vera ran after him. “Please, Keith, please play this concert. I’ve got 1300 people coming to this opera house tonight to hear you play,” she pleaded through his open window.

After some time, she finally convinced him. Engineers set to work on the piano, trying to tune it and make it playable. They got it to an acceptable state, but it was still far below Keith’s usual standard.

Manfred Eicher, an engineer who had been recording concerts, was travelling with Keith. Keith asked him to record the performance, thinking it would become a cautionary tale for future promoters.

Throughout the recording, you can hear Keith groaning. He was working hard, in pain, having to do things he wouldn’t normally, to get the sound he wanted.