When circumstances change, the vision that brought you success in the past must also change. Listen to hear how a bra manufacturer overcame the challenges of the bra-burning movement of the 1970s. 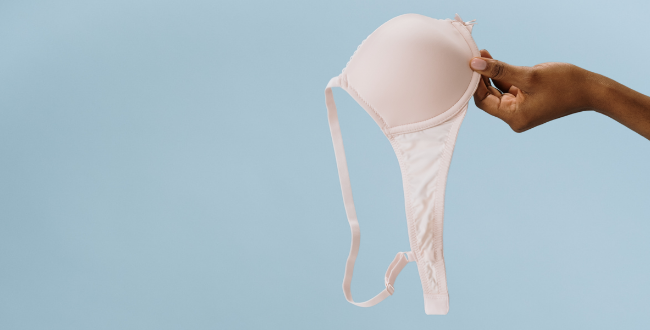 Welcome to another episode of Anecdotally Speaking! This week, another special guest joins Shawn and Mark, Anecdote Partner Mark Janssen!

Mark is based in Gouda, the Netherlands. He shares how he became an Anecdote Partner and a story you can add to your story repertoire.

Shawn and Mark mention our upcoming public programs, including two Storytelling for Leaders workshops that we have just announced. For more information, visit our events page.

Under Larry Nadler’s leadership, the company developed new designs produced with new moulding techniques. In 1966, they introduced the Dreamlift 1300, an intricate garment consisting of more than 50 pattern pieces. They used the slogan, ‘We care about the shape you’re in.’

By the end of the 1960s, Canadelle had three factories, 30 per cent of the Canadian and North American market, exported its products over the world, and employed some 1000 people.

Then, as Nadler liked to say, ‘The bottom fell out of the girdle.’ The Women’s Liberation movement had picked the bra as a symbol of oppression. Ritual bra-burnings took place around the world.

In the first three years of the 1970s, the market shrank by 30 per cent year over year. Some manufacturers stopped production, while others scaled down. Canadelle was hanging in there, but Nadler was worried about the future of his company.

In 1973, a French company called Huit entered the Quebec market with a very light garment, nothing like the complex constructions of traditional bras. Their slogan was, ‘Just like wearing no bra.’

Nadler saw an opportunity. He jumped on a plane, flew to France, met with the manufacturers, and asked them if he could produce the Huit under licence. But they refused him. “But,” Nadler later said, “That hour in their office was worth the entire trip.” He had a sudden insight. ‘Just like wearing no bra’ is digging your own grave if you are a bra manufacturer, he thought. He realised that it shouldn’t be no bra, but less bra.

The entire company was invigorated. Nadler had reaffirmed his commitment to the business and their market.

Canadelle set to work. They formed teams, set up focus groups of customers, and developed new moulding techniques and a new marketing approach.

In 1974, Canadelle launched the Dici with the slogan, ‘Dici or nothing.’ The garment was comfortable, supportive, and much more natural than the Dreamlift 1300. It came in a cube-shaped box with holes in it so that the consumer could see and feel the fabric.

The product was an instant success. By 1976, Canadelle had doubled their revenue compared to 1970 and employed 1500 people.