When you are focused on one task, do you miss valuable moments happening around you? Listen to hear how a world-class musician went unnoticed in a Washington train station. 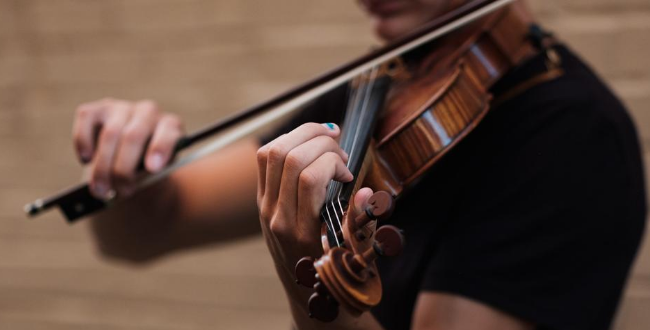 On this week’s episode of Anecdotally Speaking, Mark tells the story of American violinist, Josh Bell, and his involvement in a Washington Post experiment. The guys finally agree on a rating, but was it a good or a bad one? You’ll have to listen to the episode to find out what they both thought!

In 2007, The Washington Post undertook an interesting experiment to see if a world-class musician would be noticed in a dingy location.

They enlisted a musical genius named Josh Bell, who happens to be one of the finest violin players in the world. If you wanted to see Josh Bell in concert, $100 would get you a pretty ordinary seat.

They asked him to perform at Longford station in Washington, which is a pretty dingy railway station, and he was positioned just inside the door, next to a rubbish bin. People could hear him as they came up the escalators.

When they were preparing, Bell was quite excited to do the experiment, as he was a bit of a showman. They asked him to bring an old violin to play, but Bell insisted on playing his Stradivarius. It was a four million-dollar Stradivarius, made in 1710, at the height of Stradivarius’ capability and fame.

Bell also decided to play six of the greatest pieces of classical music ever written. He played for 43 minutes, and the question was whether anyone would notice.

Bell wasn’t dressed up. He was wearing jeans, a long-sleeved top, and a baseball cap—nothing like his normal concert attire.

He started playing and, over the course of the 43 minutes, 1100 people walked past. Out of those people, only seven stopped, and only for a few seconds. By the time he finished, he had received $32—a far cry from the hundreds of thousands he would make in his normal concerts.

The Washington Post researchers concluded that even a world-class musician won’t be noticed in certain contexts.

When you are too focused at the task at hand, you can miss something highly valuable, which in this case was an amazing performance.