Do you need to inspire your team to never give up? Listen to hear Diana Nyad’s story of swimming non-stop for 53 hours. 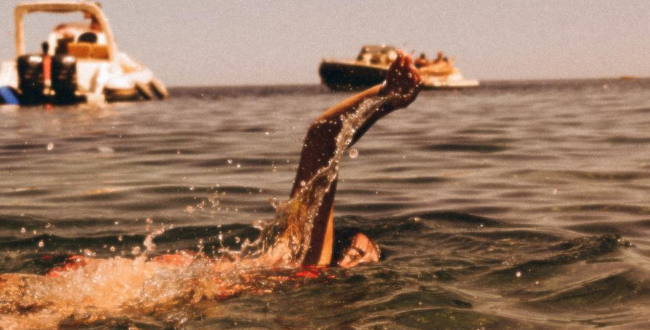 In this week’s episode of Anecdotally Speaking, Mark shares the story of long-distance swimmer Diana Nyad, who completed a non-stop swim from Cuba to the US. It was the first without a shark cage.

Last week was an exciting week at Anecdotally Speaking HQ, as we surpassed 50,000 downloads! Thank you for subscribing and downloading our podcast, we all love making it and hope you continue to listen to many more episodes to come!

Our apologies for the audio quality at the beginning of this episode, we were having a few technical issues over Zoom (thanks to stage four lockdown in Melbourne). But we have found a new way to record and all should be fixed by next week! Thanks for the understanding!

In 2013, a 64-year-old woman named Diana Nyad became the first woman to swim non-stop from Cuba to the United States without a shark cage.

The swim is 110 miles (177 kms). (Driving that distance would be tiring, so imagine swimming it!) Her support team were able to hand her food and water, but she wasn’t even allowed to hang onto the boat. She swam non-stop for 53 hours.

There were a number of factors that contributed to this being a difficult swim—the weather, jellyfish, and sharks. There are a bunch of different sharks in the Florida Straits—Lemon sharks, Blacktip sharks, and Bull sharks. Bull sharks are the third most dangerous shark in terms of human fatalities.

Instead of a shark cage, Diana swam with a faint electrical field around her which was designed to keep sharks away. One member of her support crew was also a shark expert. She also had gloves, a body suit, and a mask that covered a lot of her face, so that she didn’t get stung by jellyfish.

Diana’s support crew were spread over several boats. One of the boats had a piece of equipment that hung from its front and simulated the black line of a swimming pool so that she would stay on course.

53 hours was an amazing achievement but, more notably, this was her fifth attempt. Her first attempt was in 1978. She then attempted it twice in 2011, once in 2012, and finally succeeded in 2013. Her longest attempt before the completion was 41 hours. In one of them she had an asthma attack—she is an asthmatic.

As soon as Diana completed the swim, she got out of the water and saw there was a TV crew waiting. She had trouble talking because she had been swimming for 53 hours. The TV crew asked her how she had gone.

She said, “You are never too old to follow your dreams. I have attempted this four times before and I never give up.”

Her final message was, “This might look like a solitary sport, but I had 35 people on boats with me, and this would not have been possible without them.”