The quality of a product can kill a company, but how can it kill a whole industry? Listen to hear how video game manufacturer, Atari, lost all business in a matter of months. 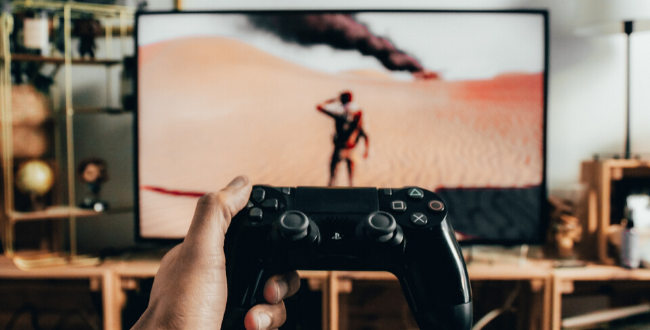 In this week’s episode of Anecdotally Speaking, Shawn shares the story of pioneer video game manufacturer, Atari, and how complacency resulted in the death of the company. Both Shawn and Mark are overwhelmed with nostalgia when this story is discussed, as it connects personally with each of the guys’ childhoods.

This story reveals how putting all your eggs in one basket can be harmful to the longevity of a company. This is a great story to share to a large group of employees or colleagues, as it is quite long and detailed.

Let us know if you use this story and how it went! We would love to hear.

Back in the 1970s, in California, game manufacturer Atari had a big hit with a video game called Pong.

People were amazed that you could connect a small console to your TV and play a computer game. All of a sudden, this technology was available to the masses. Adults didn’t really get it, but children definitely did.

Atari started to become more and more sophisticated, and they were building smarter and smarter games. By the early 80s, they were the fastest growing business in US history.

Atari had cottoned onto the idea that people loved big Hollywood hits, like Indiana Jones. So, they thought, “Why don’t we make a game that goes with the movie?”

Atari had a programmer named Howard Scott Warshaw, who was considered their top performer. He was best known for a game called Yars’ Revenge. Yars’ Revenge was ground-breaking because Howard did a whole bunch of new things—he created a richer soundscape for the game, and he even did the first full-screen explosion on an Atari game. Howard was always pushing the boundaries, and everyone at Atari thought he could do anything.

Howard made the Indiana Jones game, and he got so into it that he would walk around the halls of Atari dressed as Indiana Jones.

After the success of Indiana Jones, Spielberg’s next movie was ET. Again, they wanted to do a game with it and Atari put Howard in charge of building it.

Usually, it would take a programmer 6-8 months to build a game. But, following a few legal disagreements between Atari and Spielberg, Howard was asked to create the game in only 5 weeks so it would be ready for the Christmas movie release.

Howard was confident that he would nail it. So, he got to work straight away on the ET game, and he worked day in and day out. At the end of the 5 weeks, Howard had delivered the new game, and Atari thought he was wonderful. Atari had a big town hall meeting and got everyone there to congratulate Howard on the great work he had done.

They produced millions of cartridges of this game, got them out to stores, and, when Christmas came along, all the kids were waiting for their ET game.

Those who bought the game opened it, popped it in their console, started playing, and immediately knew something was wrong. The game didn’t make any sense.

It is important that video games have frustration in them, because when you are frustrated you usually need some new skills, and, when you get those skills, you feel very satisfied. It is all part of the video game experience. But this game just confused the kids, so they all stopped playing.

The word got out, and sales went down. It got to a point when no one was buying the game.

At the same time, Atari had licensed a bunch of other developers to make games, but they were not keeping an eye on their quality. So, there was a growing feeling that Atari made rubbish games.

Atari discovered that there was a loophole that caused them a lot of pain. The distributors who didn’t sell their games could bring their games back to Atari and get a full refund. So, there were millions of cartridges that were returned to Atari and, in the end, it killed the company.

Not only did Atari die, but the industry in the United States died. For about four years, not a single game was made, from about 1983 to 1986. It wasn’t until Nintendo came along from Japan that a new wave of games was made.