Have you heard the story of Cliff Young? Listen to hear how one man’s performance defied the odds and how you can utilise his story in a business sense. 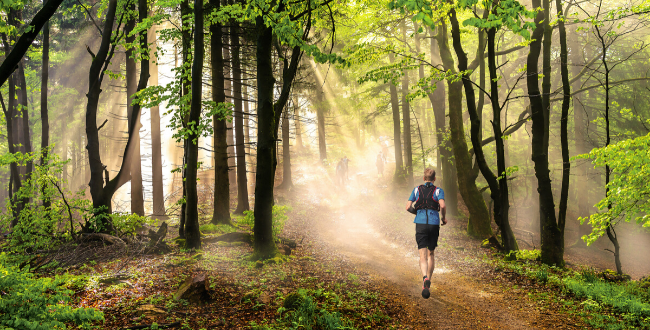 This week on Anecdotally Speaking, Mark shares the story of an unlikely hero, Cliff Young, who may already be familiar to you. Mark discusses how conventional thinking can stop you from seeing a whole realm of possibilities, especially when it comes to performance.

Mark has asked for feedback from our international listeners as to how you feel this Australian story would fare in your workplace. Would people understand the lessons even though this story is quite Australian? Leave your feedback in the comments below or send us an email at people@anecdote.com.

Starting next week, from the 8th of June 2020, we’re delivering online public Storytelling for Leaders and Story-Powered Sales workshops. If you have always wanted to attend one of our courses, now is the time! Visit our events page for more information.

In 1983, the Westfield Group, a large shopping centre company, decided they were going to sponsor an ultramarathon. They did this for about 10 years.

The ultramarathon was from Sydney to Melbourne, 875km or 544miles, which is equivalent to 21 back-to-back marathons. And there was a $10,000 prize.

Runners from all over the world gathered for this event. They ranged in age from 20 to 40 years old, but were all at peak performance and endurance athletes.  They all had the latest gear and the best running shoes. And they were all very well kitted out.

There was one odd ball in the group. His name was Cliff Young. Cliff was a 61 year-old potato farmer from country Victoria. He was a bit of a dag, wearing an old pair of tracksuit pants, a scroungy pair of runners, and an old white singlet.

Cliff set off with all the runners, but he didn’t run, he merely shuffled. It looked like he wouldn’t make 10km let alone the entire 875km.

Not surprisingly, after the first day, Cliff was more than 6km behind, and he was dead last.

It was believed in ultramarathons that the best routine was to run for 18 hours, with breaks, then rest for 6 hours before you start all over again.

Cliff went to bed at midnight on the first night, intending to sleep for 5 hours so he could get up have some food and be on the road by 6am.

His support crew (one of his mates who was driving a van) didn’t have his glasses on when he set Cliff’s alarm for him. Instead of a 5:00 am alarm, he set a 2:00 am alarm.

At 2:00 am, when the alarm went off, Cliff woke up, put his shoes on, and started running.

Each night he would run until midnight, get a couple of hours’ sleep, and then start running at 2:00 am the next day.

The other runners would close the gap significantly during the day but kept following their same routine.  They believed that Cliff would collapse soon and would not be able to keep going, so they didn’t change any part of their routine.

But of course, Cliff didn’t stop. He kept going on 2 hours of sleep a night.

In the end, Cliff won by over 10 hours, he set a new race record, and only two people since Cliff’s race have been able to beat his record. Cliff is now a folk hero.