What Makes a Compelling Story? Here are 6 Key Elements

I’ve been thinking a lot lately about what makes a compelling story and I’ve come up with a shortlist. Safe to say, if you’ve found a story which has all, or most, of the following characteristics, it’s a great one to add to your story bank. 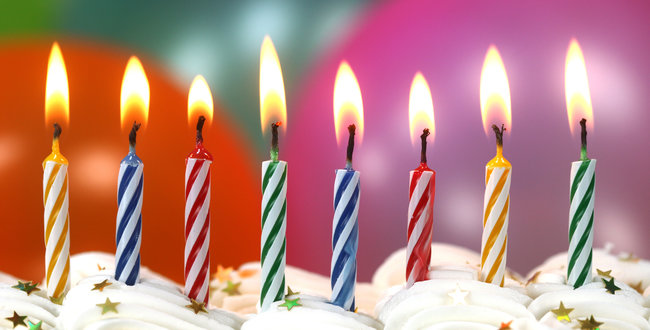 When I first started thinking about what makes a compelling story, I looked to our story spotting framework. As our framework explains, a story must contain something unanticipated. Otherwise, it really isn’t a story, and it really isn’t compelling.

We like to be surprised and learn new things. We tell stories that contain ‘something unanticipated’ because we enjoy hearing them, and the unexpected often contains an insight. These unexpected moments can happen anywhere.

A while back I realised that overcoming an obstacle when delivering a service or product can actually earn your organisation more praise and be more memorable that getting the delivery perfect from the start. This struck me at an event hosted by my daughter Alex’s choir, where she performed a solo rendition of a powerful Adele song.

Alex made it through the first verse without a hiccup, but just as the music was gaining momentum for the chorus, her microphone suddenly stopped working. She panicked and began nervously tapping the mic, willing it back to life.

Before I could feel too nervous for her, the MC appeared at the side of the stage and swiftly swapped Alex’s mic for another. The timing was so perfect, her vocals weren’t disrupted at all!

Alex finished the song and received a standing ovation! Yes, her rendition was good, but the ovation was also for her ability to recover.

The failure of Alex’s microphone was completely unanticipated. So was its swift replacement. I wouldn’t have a story without these unanticipated events. Instead, I would have, ‘A few weeks ago I saw Alex perform a solo. She did really well’. I would have a recount, but not a story.

A compelling story is relevant and relatable. Naturally, we are more interested in stories that are relevant to our everyday lives. We are particularly interested in insights that might be useful. We also tend to put ourselves in other people’s shoes – we consider how we would feel in their position, particularly if we can relate to their circumstances. I try to begin all my business stories with a relevance statement that communicates why the story is worth listening to.

Now, we’ve all had birthdays where something goes wrong. So there’s a good chance this experience will be relatable.

Last June, my colleague Cynden decided to bake a cake for her partner’s birthday. She forgot to buy candles when she purchased the ingredients, but later raced up to her local grocer and grabbed the only packet of candles she saw, without paying too much attention to it.

When Matt arrived home from work, Cynden lit all 12 candles and presented him with the cake. She sung him ‘Happy birthday’ and invited him to blow out the candles. But despite multiple attempts, he couldn’t. The candles would appear to sputter out, but then they’d reignite every time.

‘What are these candles? Why can’t I blow them out?’ he laughed. ‘Is this a joke? Are these joke candles?’

Matt eventually searched for the packet the candles had come in. It read: ‘Relighting candles’. Oops! The candles had to be extinguished in water.

Eventually, Cynden and Matt were able to enjoy the birthday cake and laugh about how they would remember this cake above all others.

Can you spot a story? View our story spotting infographic.

A compelling story is specific and vivid. We want to visualise the events as they happen and feel the emotional ups and downs. We want to be absorbed!

Detail comes from recounting moments rather than describing broad, sweeping narratives. When it comes to such narratives, one of the worst offenders is what I call a résumé story. That’s the one where you recount the jobs you’ve done in your career at such a high level of detail that it’s very hard for a listener to develop any interest in what you’re saying.

Here’s my résumé story: ‘I started with IBM in the late 90s and worked in the software group, and then in late 2000 I joined IBM’s Cynefin Centre for Organisational Complexity where I learned about story methods …’

Did you form a mental picture as I shared this snippet? Unlikely. It lacked moments. Here’s the moment-filled version.

On my first day at IBM, I remember striding into the red-marble foyer of our office, which overlooked the Yarra River. I was full of excitement, about to head up to the software group on the 6th floor. As I was waiting at the elevator, I realised I was standing next to our CEO, David Thodey, so I introduced myself and said it was my first day. He was very welcoming – he even gave me a little tour of the building.

I ended up working in the software group for about 18 months, but then everything changed for me when I met Dave Snowden, who headed up IBM’s Cynefin Centre. I was about to learn how stories are told in companies and why that’s important …

Names, settings and dialogue are all effective mechanisms for bringing a story to life. You can more easily visualise ‘David Thodey’ or ‘Dave’ Snowden, even if you don’t know them, than ‘the CEO’ or ‘the head of Cynefin’. Names can, of course, be changed for confidentiality. I like to indicate that I’ve changed a name by saying something along the lines of, ‘Let’s call her Stephanie’.

Similarly, we can more easily visualise events if we can see them happening. Did you imagine the foyer I was in when I met David Thodey? Did you see in your mind’s eye my little tour of the office? You don’t have to say too much or over-describe a scene, just enough to conjure a picture for the listener.

In all three of the stories above, I provide names, setting and dialogue so that you can visualise the characters as they act, and the events as they unfold.

A compelling story has emotion. The stronger the emotion, the more compelling and memorable the story. We remember what we feel. Topics that can evoke strong emotions include death, the safety of children, sex and power, all of which are intrinsically linked to the human condition and our desire to survive as a species.

We are unbelievably resilient beings. We pull ourselves out of the worst situations.

In February this year, a young man, only 19, was playing golf with his father. Let’s call him Cameron. That afternoon, everything changed for Cameron and his family. He had the first of many seizures that would eventually result in a cancer diagnosis.

But they didn’t give up. Cameron underwent surgery to have the tumour removed. The surgery was 90% successful. He then underwent courses of both radiation and chemotherapy. For a period of time, he consumed a trial drug.

After a six-month ordeal, Cameron has now been given the all clear. There is no trace of the tumour. He and his family have made it through the hardest, scariest period of their lives. They won’t ever again take normal for granted.

This story is more compelling than the three I shared earlier. It’s much more emotive, and deals with survival. We fear for Cameron – and for our own loved owns – when we hear his story. We are grateful to hear a happy ending, to hear that cancer can be beaten. The story will be even more powerful if it is closer to us.

My brother Scott was at a work conference last week and began talking to a client. After they got past the small talk, they started chatting about their children. Scott’s client – let’s call him Sam – told Scott that he used to have six kids but now had only five. With some trepidation, Scott asked Sam if he was OK with sharing what happened. Sam then told Scott that his 19-year-old son had been murdered, bashed to death by thugs who had had no reason to harm the teenager. My brother was devastated by Sam’s story because he has a 19-year-old son himself. This story is close to him, so he can imagine the utter grief Sam and his wife endured because of this tragedy.

Narrative proximity is not based entirely on physical distance. It may also be cultural or experiential. For example, we might feel a closer connection to France if we’ve recently travelled there, than we might to a neighbouring country.

The first and third stories in this post have proximity because we, the Anecdote team, have experienced them. Similarly, one of my colleagues knows Cameron, the young man from the fourth story. My colleague is also a young, Australian man, enjoying a typical Australian lifestyle. If you are Australian or have been to Australia, the narrative proximity of that story is close.

The stories I’ve shared within this post have been told in a suspenseful manner. I don’t immediately give away the entire story. Will Alex finish her song? Why won’t Matt’s candles blow out? What does Shawn learn about company stories? What will happen to Cameron? You have to hear the whole story to find out. Of course, in some stories you will feel a greater desire to know what happens than in others.

Are there other elements that make a compelling story? I’m sure there are. If you have any suggestions, place them in the comments below!

Want to improve your story skills? Check out our online training program, 7 Tips to be a Better Business Storyteller. Only $49.