In my work with Anecdote over the last 13 years, I’ve come across thousands of stories. Some of them have had a huge impact on people. They’ve revealed weak spots in organisations, changed cultures, and inspired people to achieve far beyond what they believed they were capable of.

In most cases, a story has the biggest impact the first time we hear it. When we hear it again (and again), it not only starts to lose its impact, it can become downright tedious. You may know someone in your workplace or family who tells the same stories over and over, and who usually attracts some eye-rolls when they do. 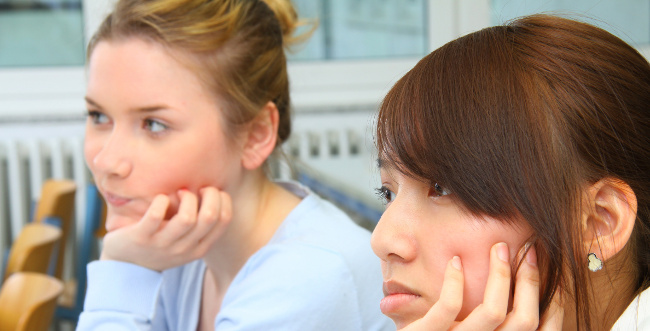 Here are some of the stories I’d avoid because they have become hackneyed.

JFK and the NASA janitor

John F Kennedy made a number of visits to NASA when he was the US president. On one of the tours, Kennedy noticed a janitor cleaning his mop. Kennedy walked over to the janitor and asked, ‘So what do you do around here?’ The janitor looked at Kennedy and said proudly, ‘I’m helping to put a man on the moon’.

This story is a fantastic example of an employee seeing the purpose that their daily tasks serve. However, it’s been told many times and used by many business leaders.

The bricklayers and the cathedral

On a foggy autumn day nearly 800 years ago, a traveller happened upon a large group of workers next to the River Avon. Despite being late for an important rendezvous, curiosity convinced the traveller that he should ask about the men’s work. He walked up to the first of the three tradesmen and said, ‘My dear fellow, what is it that you are doing?’ As the man continued his work, he grumbled, ‘I am cutting stones’. Realising that the mason didn’t wish to engage in a conversation, the traveller moved towards the second of the three men and repeated his question. To the traveller’s delight, this time the man stopped his work, ever so briefly, and said that he was a stonecutter. He then added, ‘I came to Salisbury from the north to work but as soon as I earn 10 quid I will return home’. The traveller thanked the second mason, wished him a safe journey home, and approached the third man of the trio.

This time when the traveller asked his question, the worker paused and made eye contact with him, then looked to the sky, drawing the traveller’s eyes upwards. The third mason replied, ‘I am a mason and I am building a cathedral’. He continued, ‘I have journeyed many miles to be part of the team that is constructing this magnificent cathedral. I have spent many months away from my family and I miss them dearly. However, I know how important Salisbury Cathedral will be one day and I know how many people will find sanctuary and solace here. I know this because the bishop told me his vision for this great place. He described how people would come from all parts to worship here. He also told me that the cathedral would not be completed in our days but that the future depends on our hard work’. He paused, then said, ‘So I am prepared to be away from my family because I know it is the right thing to do. I hope that one day my son will continue in my footsteps and perhaps even his son if need be’.

This is another great but often-repeated story about believing that your work has a higher purpose. There seems to be a theme here.

The lion and the tennis shoes

Two leaders are on a walking safari when they notice a lion stalking them. One quickly starts putting on his runners. The other leader says, ‘You can’t outrun a lion’. The first one says, ‘I don’t have to outrun the lion. I just have to outrun you’.

There are many different versions of this story online. Sometimes it’s a bear instead of a lion, or the leaders are walking in a jungle. It’s usually used to preface a discussion about competitors, but again, its effectiveness is reduced because there is a good chance your audience has heard it before.

The monk and the tea cup

A young acolyte approaches a monk, asking him to share his knowledge. The monk smiles and suggests they discuss this over a cup of tea. The monk prepares the tea and begins to pour some in the acolyte’s cup. He keeps pouring until the cup overflows and tea starts to stream onto the table. The acolyte says, ‘Stop, the cup is full!’ The monk looks at him and says, ‘And so is your mind. I can’t teach you anything because you already think you know it’.

Wayne Gretzky, a well-known Canadian ice-hockey player, once said, ‘I skate to where the puck is going to be, not where it has been’.

Now, according to our story-spotting framework, this one doesn’t even qualify as a story. There are other issues with it – check out the blog post Shawn wrote about this. However, leaders and consultants have taken up Gretzky’s hockey advice as good business strategy.

There is another way …

Instead of telling stories that have been overused, start telling your own. Each of us encounters stories every day in our personal and work lives. These stories offer authenticity – you can tell them with confidence because if they’re your own, you know they haven’t been told before. If you’re unsure of where to find these stories in your life, have a look at our story-spotting framework. Once you know how to spot stories, you’ll start to hear them everywhere.

You can also download our free Character Trumps Credentials ebook, which is designed to help you find and tell your own business stories.

Comments Off on Don’t lose your credibility, avoid telling these stories