How to find and tell a story to support your cause

Activists know that a personal story has the best chance of influencing a decision. So when they canvas support, they often ask for personal stories that will further their cause.

The problem is that many people who receive such a request don’t really understand what they’re being asked for. They may think they don’t have a story like that to share, or if they do, that they won’t be able to share it in a compelling way.

In this post, I’d like to show you how you can find a personal story to support your chosen cause, and then I’d like to illustrate how you can tell that story so it has the greatest impact. 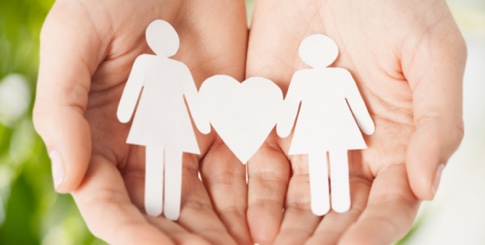 This has been prompted by an Australian Marriage Equality (AME) campaign I’m taking part in. I’m helping to bring about marriage equality in Australia, to make sure that same-sex couples have the same right as everyone else to get married in our country. I’m doing my bit by trying to convince my local member, Kelvin Thomson, to support what 72% of Australians already support.

Last week, the campaign’s many supporters, myself included, received an email from AME asking for urgent action. The message said that the federal government was about to meet to discuss the issue, and it was possible that it would decide to allow members and senators to act on their conscience and vote to support marriage equality. We were asked to write to our local parliamentarians to show our own support for marriage equality. Specifically, we were asked to share a personal story.

More than one million emails were sent in response to this, which is fantastic. But it got me thinking, did we send the best possible personal stories? I decided to write these tips to ensure that the AME campaign and similar efforts do even better in the future.

What do we mean by a story?

First of all, what do we mean when we say the word ‘story’? Simply put, a story is an account of something that happened. To be meaningful, the story should be about something unexpected that happened that we care about. It’s a personal story if it happened to you.

We can identify a story because it often starts off telling us when something happened, using words such as ‘A couple of months ago …’ or ‘The other day …’ or ‘A while back …’

Here is a simple example from my own life. We will improve this story as we go along because I want to share how stories often start as fairly high-level, less-effective versions of themselves.

A couple of years ago, my daughter told me and her mother that she was gay. We told her we loved her no matter what. But it did get us thinking that she would have a harder life than many others because of the prejudice and inequality in Australia.

As you can see, while this is a story, it’s not the most compelling story. We will come back to how to improve it a little later. But in the meantime, let’s look at how we can find stories in the first place.

Finding personal stories to support your cause

One way to find personal stories to support your cause is to learn about the arguments your campaign is making. For each argument, look back on your own personal experiences for examples that might make a suitable story.

Take, for example, the 12 reasons why marriage equality matters that appear on the AME website. Each talking point could prompt a story. Let’s take just three of the reasons discussed and I’ll show you how to pose questions to yourself to find anecdotes that relate to them.

1. Many same-sex couples want to marry

Have you ever had a conversation with a person in a same-sex relationship who wanted to get married, in which they talked about not being able to marry? How did that make them feel? How did it make you feel?

You’re looking for questions that help you find something that happened. More importantly, you are looking for things that happened that made people feel something. Feelings convey empathy, which in turn helps a decision maker really understand the issue, in their gut.

2. The benefits for children

Do you know any children of same-sex couples? How have they grown up? Can you think of a moment that illustrates their resilient character and good nature?

3. Marriage inequality has an adverse impact on health and wellbeing

Have you ever seen the adverse impact of marriage inequality? What happened?

Questions that illicit a story always point to a moment in time. To find your stories, use the material provided by the campaign in question to trigger your own experiences. You will be surprised by what you find.

Making your stories even better

The best stories in support of a cause have a clear point, are visual in that you can see the action happening in your mind’s eye, and convey emotion.

Let me rework the story concerning my daughter with the above principles in mind:

Ever since my daughter Alex moved into a group house, she has come back to our house on Monday nights for a home-cooked meal. On one of these Monday nights, I arrived home to find my wife Sheenagh and Alex in the kitchen, clearly in the midst of talking about something important. ‘Go on, tell Dad’, Sheenagh said. Alex then told me she was gay. We immediately hugged, and I told her how much Sheenagh and I loved her and how we would support her no matter what. Later that night, after Alex had gone home, Sheenagh started crying. When I asked her what was upsetting her, she said she was worried about the harder life Alex would face because of the prejudice and inequality that same-sex couples had to confront. You can now see why we think marriage equality is so important.

The first thing to notice is that I included names in my story. People love names. It makes the story feel real. Even if you can’t use real names because of privacy concerns, it’s still worth referring to pseudonyms. Just say something like, ‘A couple of months ago, Marie (not her real name) …’

Did you see us standing in our kitchen? Did you see Alex and I hug? What about Sheenagh crying? Did these moments make you feel anything? Did you get a sense of how we felt?

If you did, you’ll understand the simple point I was trying to make with this story: Why should our sons and daughters face a harder life just because of prejudice against them and the person they simply love and want to marry? It just doesn’t make sense in a country like Australia that prides itself on a fair go for everyone.

Best of luck with finding and polishing your stories. As the story guru Annette Simmons says, whoever has the best story wins.

Share
Share
Pin
Email
Print
Tags: Inspiration
Comments Off on How to find and tell a story to support your cause