At Anecdote, much of our work is focused on making strategies stick by converting them into understandable, memorable and influential stories. We often discover entrenched views that worked against the new strategy. These ‘anti-stories’ must be identified and tackled to give your strategy a chance of succeeding.

This is our second post in a series of three on how to identify and tackle anti-stories.

The first post in the series covered some general approaches when tackling anti-stories. This post looks at five specific ways you can counter them. 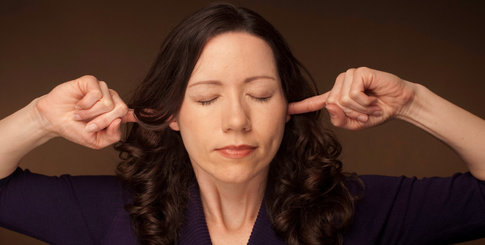 Anti-stories are often communicated as generalisations such as these:

These can be particularly frustrating because in many cases the generalisations simply aren’t true.

So how do you challenge them? One simple method is to find and tell a story about when the generalisation has not been the case.

We recently worked with a superannuation fund that was about to invest significantly in their new digital strategy. Opponents claimed that it was a waste of money as many of their fund members were elderly and ‘old people don’t use the internet.’ To counter this anti-story, one participant described how he’d been at a family event on the weekend and one of the kids couldn’t get past a particular level of angry birds. He watched in amazement as his 82-year-old grandmother showed the child how to do it. He finished by saying “many people think old people don’t use technology, but my grandmother does, and recent data shows that 60% of new smart phone users are over 60.” It’s a great example of how a single specific instance can stop an anti-story cold.

Generalisations also tend to dissolve when examined closely. When you hear a generalisation that is undermining your strategy, take some time to consider it further. Pose questions like, ”Has anyone else had this experience?” and “Are there any examples where this wasn’t the case?“ Allow them to explore the generalisation and decide for themselves if it is valid or not.

Are you perfect? No. Neither are we. We all get things wrong from time to time. There is a good side to this in that admitting our shortcomings and faults is a powerful way of showing people that lessons have been learnt and things are going to change.

Past behavior can work against your new strategy.  For example, if you are introducing new values, people won’t be too excited about ‘respecting each other’ if you have a reputation for chewing staff members out publicly.

The ‘mea culpa strategy’ involves finding and recounting a moment when you did the wrong thing.  In 2011, we were helping an insurance company craft their strategic story. The Finance Manager stood up to tell her version of the strategic story around growth through acquisition: “I always used to think acquisitions were about the numbers, about how the figures looked on the page and the calculations we used to get there. I was wrong. Acquisitions are about people.”

You could have heard a pin drop as she talked about her past, about how she had always been the ‘numbers girl’ who had joined the organisation specifically to do deals and to use all of her intellect and experience to drive those deals. She admitted her behaviour had bordered on the cold-hearted, that people had just been numbers, costs to be considered in the overall calculations, nothing more. She then shared a story about how she had come to realise the importance of people, and relations and culture, in successful acquisitions. She almost seemed ashamed of how she used to be.

It was a very powerful moment, one that sent a clear message to all of those listening that things would be different in the future.

The first post in this series started with an example of integrating three government departments into a single organisation. Integration efforts were frustrated by the ‘divorce anti-story’. The three departments had been brought together 17 years before but it didn’t succeed and they were separated again – it was called ‘the great divorce’.

We decided that it was best to tackle the anti-story ‘head on’. We began by talking to a few of the leaders who had been around back in the 1990’s. It turned out that, in hindsight, one of the main contributors to the ‘divorce’ was the merged organisation’s failure to make any significant changes.

A leader of the merged department told the following story to staff:

“I know many of you will be waiting for us to get ‘divorced’ again just like in the 90’s. But there is a big difference between then and now. In the 90’s we made no effort to work together. Our taxpayers got no benefits and the government got no benefits. In many ways we brought the last divorce about through our own inaction. We need to learn from that and make sure we don’t make the same mistake this time.”

When he told this story, he provided two examples of dumb things the organisation had done which highlighted the failure of people to work together. Subsequently and most powerfully, he had created a new story, one of change and positive measures that the organisation could actually relate to.

Tackling the anti-story in this way created a new story about the ‘divorce’. Staff saw their role causing it. They then realised that the next divorce was not inevitable. This was a game-changer.

We have worked alongside National Australia Bank (NAB) for some years now and when Cameron Clyne took over as CEO in 2009, we started hearing stories about the changes he made in his first few days at NAB.

As in any large organisation meeting rooms are always at a premium and NAB is no exception. Prior to Clyne arriving, some meeting rooms had signs on the doors limiting their use to general managers and higher. Reportedly, Clyne noticed this, did some checking with his GMs and then went from level to level taking the signs off the reserved meeting rooms. Instead of talking about how hierarchical the organisation was, staff started talking about how collegiate and collaborative it was becoming.

A word of warning when planning how to trigger new stories in your organisation: don’t make the behavior change too elaborate or it will appear contrived and probably backfire. The key concept is to keep it simple and natural.

Some organisations do a great job of identifying anti-stories and producing ‘canned responses’ for people to use when they encounter the anti-story. This is a great first step, but it doesn’t provide leaders with the skills to deliver the counter-stories authentically and adapt them for the moment, their personality, their experience or to modify them appropriately for the audience.

You’ll have heard leaders delivering pre-packaged messages and sounding like they are just ‘toe-ing the company line.’ It can have the opposite effect to that intended.

Tackling anti-stories isn’t about delivering pre-packaged ‘counter-stories’. Leaders need to have some basic skills to understand the nature of anti-stories and how to improvise their delivery in different circumstances. Most importantly, they need to be able to find and use their own experiences to build their credibility and authenticity.

Tackling anti-stories is essential for successful strategy execution. The approaches listed in this series of posts should give you an excellent basis for making progress.

The final post in this series will be on how to identify and prioritise the anti-stories you need to tackle as part of bringing your strategy to life.