Disgust and why we need to test business stories

It’s hard to imagine a more embarrassing situation for a teenager. And that teenager was me. Cast your mind back to the 1970s: flared jeans, platform shoes, silk shirts, and skin-tight pants. It was the weekend and my Mum took my dear friend, Mark, and I to the War Memorial in Canberra. I’ve never seen myself as a fashionista but on that day I wore tight, white jeans and platform shoes. 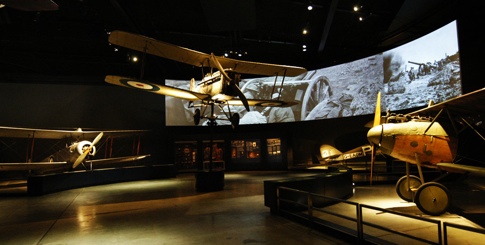 Part way though the exhibition of war planes I got a sudden pain in the gut and it was coming on strong. I knew I had to get to a toilet fast but I didn’t know which way to run. Without warning explosive diarrhoea hit and the tight white jeans were no match. Taking fast dolly steps I finally found the toilet and as I was in one cubicle stripping down, Mark was in the other asking if he could do anything. At the same time my mother is calling from the toilet door, “Is everything OK Shawn.” I left my jeans and undies behind and made a quick exit to the car park with Mark’s sloppy joe around my waist.

As you can imagine this memory is fresh in my mind despite happening 35 years ago. Last week Mark was visiting Melbourne and we caught up a couple of times and as we were driving out to dinner one night I said, “God, remember that time at the War Memorial when I shat my daks?” There was a pause and Mark said, “Nope. I have no recollection of it.” What? I couldn’t believe it.

There are events which have an enormous impact on you but hardly register with anyone else. As a leader you need to test your stories. They might seem impactful for you but does anyone else care? There is a chance the event you are recounting isn’t memorable or meaningful to them.

As a little sidebar. Research by Chip Heath and others of urban myths found that the stories most likely to be retold evoked strong emotions. And one of the most effective emotions was disgust.

There are good evolutionary reasons why we might feel compelled to share disgusting stories. Over the millennia it was important to avoid rancid food, rotting corpses, excrement, the infected and the diseased. And as omnivores we face the dilemma of needing to try new things whilst avoiding dangerous things. Those who did it well survived while those that failed didn’t get a chance to pass on their genes to the next generation. Disgust becomes an evolved safety mechanism.

But disgust as an emotion has evolved culturally because it is now evoked when we see deplorable actions such as degradation, corruption or abuse of power. These stories also spread fast.

I hope you weren’t eating dinner when reading this post. My apologies if I disgusted you.