This post is part of our series on Leadership Humanity.

In 2010 I was working with a law firm in Sydney to help launch their new values. One of the values is Respect. At the launch event we collected stories about Respect: some bad, many good. One of the senior partners related an experience from early in his career at the firm: 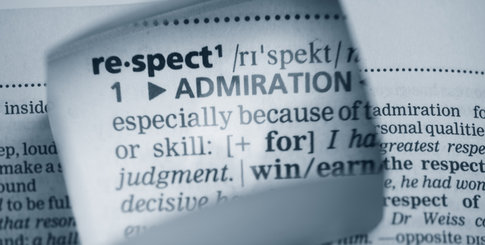 [Ian] was a senior associate working in the insolvency practice. Companies that could not pay their debts would end up being placed in receivership. It was Friday and they had received notice from one of the banks regarding a small company that had defaulted on a loan. Ian wanted all the paperwork completed by midday as there was a big company social event that afternoon. They got the paperwork done and faxed it off to the regulator, ASIC. They then left for lunch. The party was well underway by the time they arrived. As Ian entered the room, one of the senior Partners there said “I think you need to head back to the office”. It turns out that in their haste they completed the form incorrectly, entering the Bank as the defaulting company. The regulator had called the bank chairman who was in a Board meeting in Auckland to advise that the bank had been placed into receivership. Not surprisingly, the Bank had immediately swung into action.Ian arrived back at his office thinking his career was over but determined to set things right. As the lift opened on the 26th floor, he looked down the corridor to the Managing Partner’s office. The Managing Partner saw him, stood up and walked briskly toward him. He stopped a foot or so from Ian’s face. He said “We are going to get through this. I want to be sure you are OK.” They then set about rectifying the error.

Ian cites this as one of the key reasons he is such an advocate for the firm and its culture. Instead of worrying about the problem. the Managing Partner’s first concern was the welfare of his staff.

Comments Off on Acts of leadership humanity: putting staff first