We’re all rational beings, aren’t we? If I want to convince you of something, surely I just need the necessary facts or a convincing argument?

Well, behavioural science research tells us that this approach simply doesn’t work. This post describes something that scientists have known for nearly 40 years and which organisations stubbornly refuse to accept. 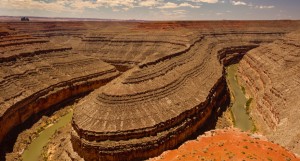 If the story is in their heads, it’s hard to change

Once someone has decided to believe something, they will tend to keep on believing it, even in the face of overwhelming evidence, facts and plausible arguments. Lilienfield (2002) researched a phenomenon called ‘belief perseverance’ and found that false beliefs often persist long after they are discredited. You don’t need long in a history book to discover many famous examples of this: the earth is flat; longitude cannot be solved by clocks etc. The same thing happens in organisations.

Belief perseverance helps us understand why it is so hard to change entrenched views. In organisations, this phenomenon becomes critically important when trying to implement any sort of change; changing culture, embedding values or executing a new strategy. If people in the organisation believe something that runs counter to what you are trying to achieve, traditional approaches to changing these beliefs are ineffective.

The normal approach is to reach people using reason, facts and slick PowerPoint presentations. When it doesn’t work, we try even harder. We think we just need to find the right argument and we will win them over.

Not only is providing evidence to discredit a belief ineffective, it can also work against your objective by triggering the confirmation bias. Research conducted by Lord, Ross and Lepper (1979) suggests that people will not only persevere in their original beliefs but may come to believe in them even more strongly.

We often encounter this challenge when helping organisations convert their strategies into strategic stories. In every circumstance, we find what we call anti-stories, beliefs that significantly impede acceptance, and hence execution, of a new strategy.

For example, in 2009 we worked with an organisation whose strategy centred around the need to integrate three previously separate departments into a single organisation. We discovered a strongly held belief (anti-story) that integration was pointless as the organisation was bound to be split apart again in the near future. This belief stemmed from experience in the early 1990s when the three departments had been merged and then later separated again. This belief persisted despite countless assurances from leaders that it would not happen again.

Once inappropriate beliefs such as these arise, they are stubbornly resistant to change (Slusher et al 1989). Simply discrediting the evidence that caused a belief does little to change the belief itself. For example, in research by Anderson et al (1982), subjects were given fictitious research that led them to believe that either a positive or negative correlation existed between a firefighters preference for risky versus conservative choices and their success as a firefighter. Half the subjects were debriefed about the fictitious nature of the research and the other half received no such debriefing. Fascinatingly, subjects who were explicitly informed that the initial data were completely bogus held beliefs that were only slightly less extreme than the corresponding beliefs of the subjects who were never told that the data was fictitious.

While we don’t pretend to have a silver bullet for this challenge, we have had considerable success changing beliefs (we call it tackling anti-stories) using our storytelling, story-listening and story-triggering approaches. Our white paper on tackling anti-stories describes some approaches that can help. You can download it here http://www.anecdote.com/whitepapers/?wpname=Anti-stories

You can’t beat a story with just the facts, only with another story. Or, as philosopher Gordon Livingston more eloquently puts it, “it is difficult to remove by logic an idea not placed there by logic in the first place”.