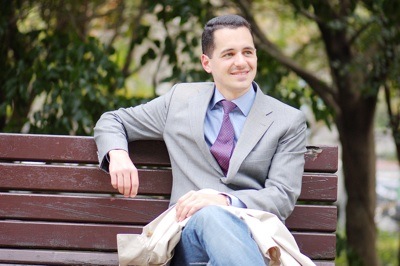 He looks the part; he knows all the right buzzwords; he can quote chapter-and-verse from all the best-known pundits and practitioners. But is it all just empty ‘smart-talk’?

Smart-talk is information without understanding, theory without practice – ‘all mouth and no trousers’, as the old aphorism puts it. It’s all too common amongst would-be ‘experts’ – and likewise amongst ‘rising stars’ in management and elsewhere.

Even if unintentional on their part, people who indulge in smart-talk can be genuinely dangerous. They’ll seem plausible enough at first, but in reality they’ll often know just enough to get everyone into real trouble, but not enough to get out of it again. Not helpful…

Smart-talk is the bane of most business – and probably of most communities too. So what can we do to catch it? What can we do to tell the difference between real experience and mere smart-talk?

The answer: get them to tell a story.

Someone who really does know what they’re talking about will be able to reel off one real story after another from their own experience, and describe alternative scenarios, adapted from other contexts, other companies, even other industries. By contrast, the smart-talk pundit will be able to deliver someone else’s story, or quote theory at us, but won’t be able to give a real story of their own.

To identify a real story, we’re looking for the usual criteria:

A story is always about people rather than things, and about experience and lessons-learned rather than ideas or theory. For practice to help you identify real stories, try Anecdote’s The Story Test: ten real examples of would-be business-stories. (There’s also a really useful commentary-post by Shawn Callahan, ‘The StoryTest results‘, on the Anecdote website.)

It’d also be useful to trawl through your Zahmoo story-collection, to pick out appropriate stories as a gentle challenge in hiring and the like. Present the story to the candidate, asking them to reframe the story from their own experience. Ask them to change the details, to try a different context, a different real-world problem to resolve: those who only have smart-talk will struggle, whereas those with real experience will have no trouble at all.

I wanted to concentrate on the ‘how-to’ part, so this post itself isn’t much of a story! But a simple test-exercise for you: how would you reframe this as a story, from your own experience of catching someone indulging in smart-talk? Who are the people in the story? Where, and when? What happened – the sequence of events, the punch-line? And what did you learn from it?

Smart-talk is the bane of business: catch it with a simple story.

This post was authored by Tom Graves and originally posted on the Zahmoo blog.

Comments Off on Using stories to catch ‘smart-talk’